skip to main | skip to sidebar

Posted by jeronimus at 6:25 PM No comments:

Email ThisBlogThis!Share to TwitterShare to FacebookShare to Pinterest
Labels: people on beach, Scottish 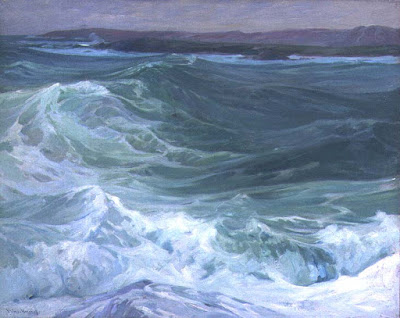 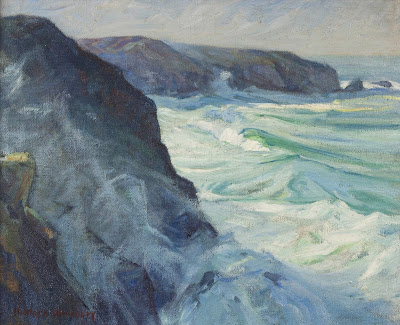 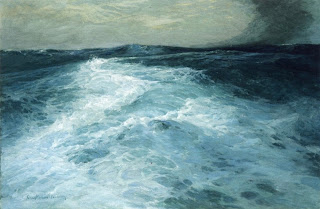 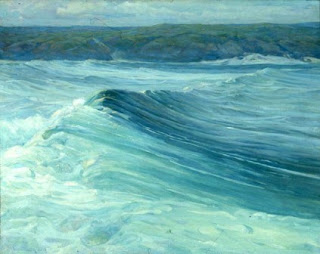 Email ThisBlogThis!Share to TwitterShare to FacebookShare to Pinterest
Labels: American 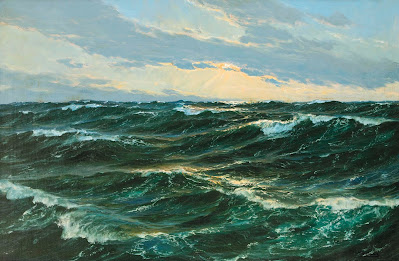 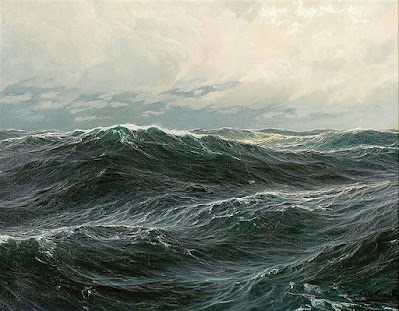 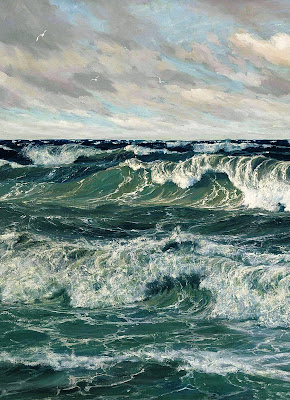 Patrick (Dunbar) von Kalckreuth was a German seascape painter who died in 1970. His work was inspired by the marine painting of Hugo Schnars-Alquist, and typically depicted the rough waves of the North Sea. His early work includes ships, but later he omitted them, to focus on the sea itself.

Posted by jeronimus at 10:05 AM No comments: 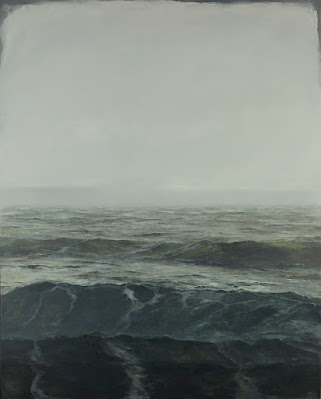 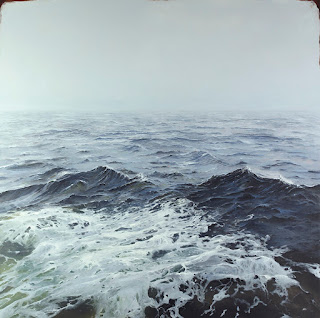 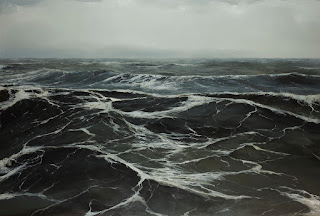 Posted by jeronimus at 2:58 AM No comments: 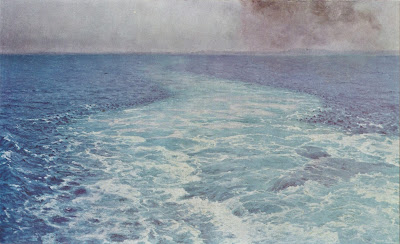 Posted by jeronimus at 6:13 PM No comments: 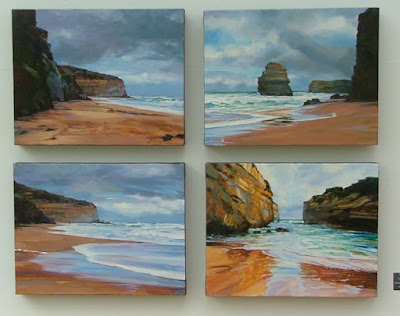 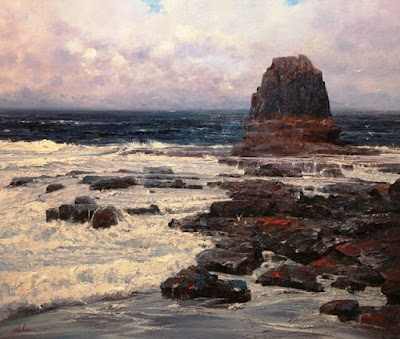 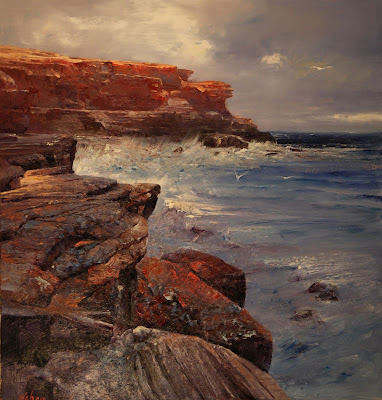 Ji Chen was born in Shanghai and lives in Australia. These appear to be scenes of the rocky Australian coast near Sydney.
jichenarts.com
Posted by jeronimus at 6:08 PM No comments:


To paint the sea, you must love it, and to love it, you must know the sea.
- Frederick Judd Waugh

This blog is intended as a reference resource for seascape painters (particularly those working in oils) and for art lovers. It's a mix of nautical/maritime art, seascapes and coastal scenes, both old and new. The blog is of a non-profit, educational nature; however, if you are the owner of an image and would like it removed, please advise in a comment to the post. Add comments by clicking on the word 'comments' under a post.
Copyright of images of paintings on this blog are usually held by the artist or owner and are not generally in the public domain.

A large proportion of the artists are from the US simply because their work seems to be easier to find on the internet, and perhaps the genre is more popular there, but suggestions of famous painters from other countries (and for the blog in general) are welcome.

Apologies if a link to an artist's or gallery's website has been inadvertantly omitted. If you are interested in seeing more, or purchasing, work by any of the artists on this site, google their full name in inverted commas, with perhaps the word 'paintings' or 'artist' and it should take you to their site or the site of a gallery representing them. 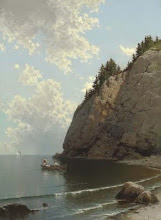 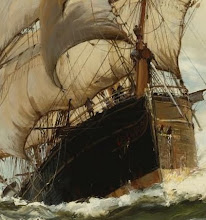 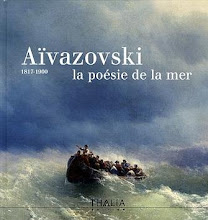 All Comments
If you want to build a ship, don't drum up people together to collect wood and don't assign them tasks and work, but rather teach them to long for the endless immensity of the sea.”
― Antoine de Saint-Exupéry